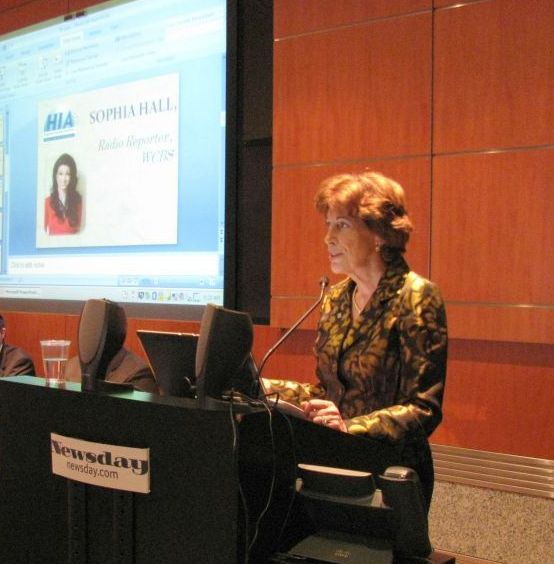 Editors to pitching pros: KO the hype and hard sell

Newsday’s auditorium was recently the scene of a lively discussion on a topic that is near and dear to public relations professionals: how to successfully pitch media on stories that are important to their organization.

In addition to the points raised in a recent related post, the media movers and shakers offered their “Top 10” considerations for the PR folks:

1) “Before you even get started, do your research,” said Kominicki. Know the publication you’re pitching, know who you should talk to and have additional information ready to go even before the editor asks for it.

2) Keep pitches “short and to the point,” Hall advises. E-mail subject lines are obviously very important and a great subject line has to sell the story.

3) “Don’t spam editors” with useless information that has little news value, Morey offered. Don’t become known as a PR source whose pitches are weak and off the mark.

4) Likewise, don’t pitch your business just “because you think it’s great.” Instead, delve deeper into your organization to reveal something that is truly unique that offers something of value or interest to news consumers, said Sleter.

5) It’s better to contact the specific reporter than the editor, said McGough. If they are interested in the story, they can often make a better case to the editors.

6) Respecting deadlines, especially for radio or the web, where turnaround is immediate, is essential, counseled Hall. If you can’t meet deadlines, reporters and editors will remember.

7) Follow up once, and if there’s no interest, “live with it” Kominicki stressed. Editors have to make a lot of decisions quickly so you have to be willing to back off.

8) Telling an editor what he or she “should run” is a big mistake. The point is to try to interest them in a topic, not assume that they’ll be excited just because you’re excited, said Morey.

9) Respect the media and respect the process – “Treat others as you’d like to be treated,” said Sleter. Remember, they’re professionals too and they also have a tough job.

10) Finally, for those who can’t seem to control their emotions, don’t get in a fight with an editor or reporter “if you can help it,” said Kominicki. As they say, you attract more bees with honey than you do with vinegar!