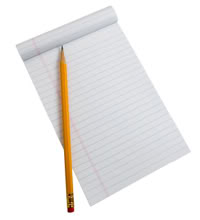 So, why weren’t my quotes in the story?

Epoch 5 sets up hundreds of client interviews with the media each year.  But, like other PR professionals, sometimes we’re at the mercy of factors that result in a client’s comments not “making” the story.

While situations arise that are out of the publicist’s control, and the reporter’s control, for that matter, we always try to determine why client’s quotes were omitted.  Most often, it comes down to a few somewhat technical issues that Brad Phillips, the author of the Mr. Media Training Blog, included in a recent post, which we have excerpted:

1. The storyline may have changed. The reporter may have started with a certain story in mind, but shifted to a different one upon learning new information. Reporters should be open to changing the story as they dig into it, and that means that quality sources sometimes get left behind.

2. The reporter may have upgraded the source. Let’s say you’re a spokesperson for a government agency. If the reporter gets access to the agency’s director prior to publication, you’re probably going to get dropped from the story.

3. Publication may have run out of space. If a newspaper story gets cut to 300 words, the reporter will have precious little space for quotes. Same for radio and television: If a story gets cut to a 30-second “anchor read,” your quote is gone.

4. You may not have said anything useful. Anyone who’s served as a reporter has had the nightmare interview in which a spokesperson refuses to say anything even remotely interesting.

5. You may have said useful things in an unquotable way. It’s possible that you had important things to say, but you buried them in technical jargon, unending sentences, or process words.